A new year for FDAAA was launched at the annual meeting April 20. Nancy Myers, FDAAA chair, summarized the past year’s many accomplishments during 2014, which are listed in the Annual Report, and expressed optimism that 2015 would be even more productive and valuable for members.

Nancy said the biggest accomplishment in 2014 was the appointment of new chairs for the various FDAAA committees, which provides a strong core of talent to lead the association in 2015.

Nancy said that she wants 2015 to be the “year of engagement….we need to capture (alumni) and give them services they need.”

It was announced that FDAAA now has 584 members, including 358 alumni members. Karen Carson is chair of the Member Services Committee.

The following awards were presented at the meeting:

Jessica O’Connell of the. Law firm Covington and Burling, an alumna of the Office of General Counsel, agreed to serve as volunteer general counsel of FDAAA. Scott Danzig of Covington had been serving as general counsel. 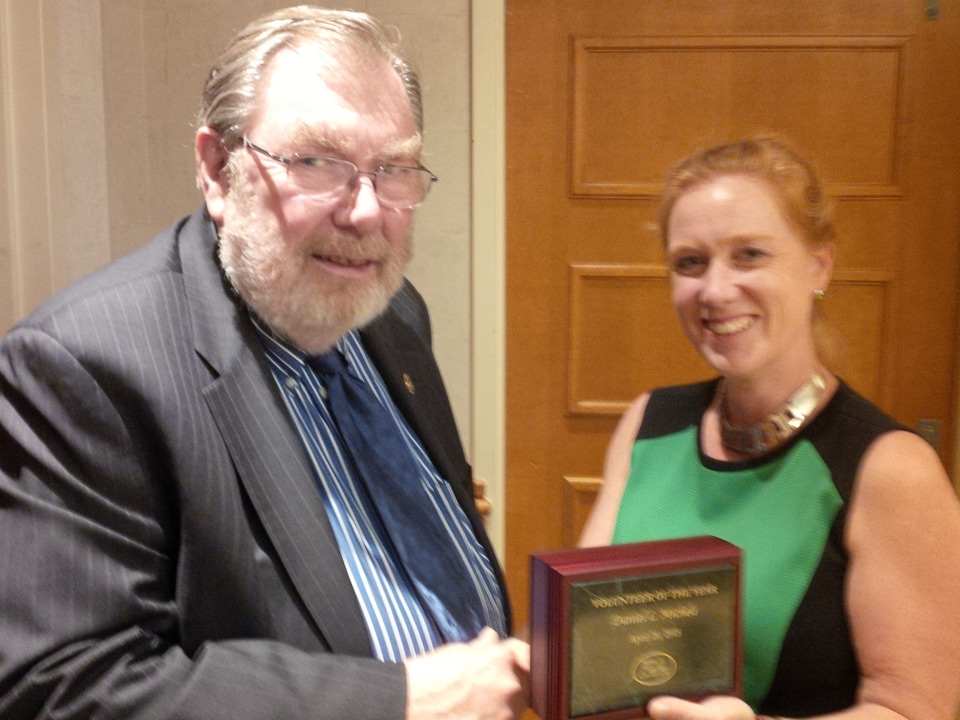 Dan Michels, former Director of Compliance at CDER, accepts the Volunteer of the Year Award from FDAAA Chair Nancy. Myers.