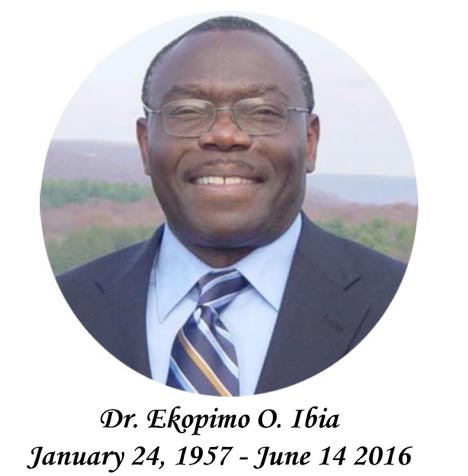 Dr. Ekopimo “Imo” Ibia, co-chair of the FDA Alumni Association International Network (FDAAAIN), of which he was a founding member, passed suddenly on June 14, 2016.

Dr. Ibia was part of the original Planning Group of the FDAAAIN when it was established in 2009. He led activities and recruited FDA alumni with interest in international regulatory capacity building with a focus on Africa.

He authored many polices and strongly advocated the important role FDA alumni play in global regulatory capacity building. To that end, he contributed FDAAAIN public comments to the African Union on the 2014 Model Law on Medical Products Regulation and Harmonization in Africa and to the World Health Organization (WHO) on its 2016 Draft Good Regulatory Practices: Guideline for National Medical Products Regulatory Authorities. He participated in the African Regulatory Conferences sponsored by the Drug Information Association (DIA). He chaired sessions at US DIA on regulatory convergence and capacity building. In fact, he was to chair the FDAAA’s 2016 US DIA session on June 21 entitled, Infectious Disease Containment and Lessons Learned, but because of his sudden illness, his co-chair, Jinjie Hu PhD, stepped in to assume that role. He envisioned a healthy, thriving Africa and contributed to processes and plans for good regulatory systems. He was selfless in tasks to advance the many important works of the FDAAA.

Dr. Ibia’s job was Principal Scientist, Medical Safety Review at Merck & Company. He was formerly Director, Global Medical and Regulatory Policy there, and an adjunct professor at Johns Hopkins University, Baltimore, Maryland. Prior to joining Merck & Co., Dr. Ibia was a lead review medical officer at the United States Food and Drug Administration and attending pediatrician at Suburban Hospital, Bethesda, Maryland. Dr. Ibia also served as a board member of the Nigerian Association of Pharmacists and Pharmaceutical Scientists in the Americas, Inc., Chair of its Website and Publication Committee and Co-chair of the Local Organizing Committee for the 2009 NAPPSA Scientific Conference and Exhibition. He was a co-Director of Bamboo Corale, Limited (BCI), a Nigerian consulting company. Through BCI, Dr. Ibia was supporting several projects in his homeland of Nigeria.

Dr. Ibia was certified both in pediatrics and pediatric infectious disease by the American Board of Pediatrics. Dr. Ibia was the recipient of several scientific awards and has published extensively in peer-reviewed scientific and medical journals.

He leaves behind his beloved family: wife Dr. Itoro E. Ibia, and 5 children (3 sons and 2 daughters), Atainyene, Yakayama, Imikomobong, Faith, and Salome. Our prayers and thoughts go to them. He was a true gentleman, scholar, and humanist whose laugh and smile are greatly missed. 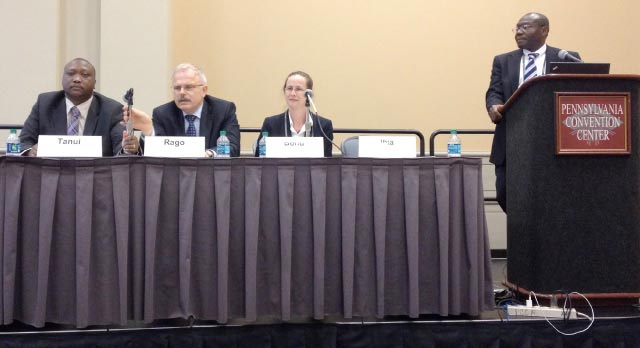