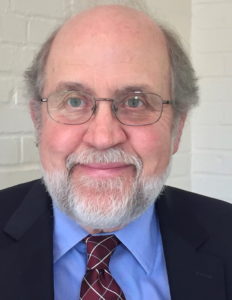 When I tell friends, many of whom have worked at other federal agencies, about the Food and Drug Administration Alumni Association, they are often surprised, and maybe even a bit puzzled. Surprised and puzzled that we would want to continue to be engaged with our agency and former colleagues. They are also impressed.

To me, this quality of staying involved with our former colleagues and engaged in our agency’s issues is what sets our Agency and our Association apart.

However, when I joined the agency in 1978 as a writer-editor in the Commissioner’s Office, I wasn’t sure what to expect. It was a time of growing skepticism about the Federal Government and the economic burden of regulation. Within months, when a nuclear reactor at Three Mile Island partially melted down, I had seen the FDA in action. And I had begun to appreciate the FDA’s unique role and mission.

From my vantage point in the Commissioner’s Office over parts of five different decades, I saw up close the kinds of public health challenges and policy issues that confront FDA incessantly. These included nascent patient package inserts in the late 1970s and the first Tylenol tampering crisis in 1982; the HIV/AIDS epidemic; the rollout of the Nutrition Facts panel and the Nutrition Education and Labeling Act in the early 1990s as well as managing potential risks in FDA-regulated products from Bovine Spongiform Encephalopathy later that decade. Problems with artificial hips, pet food manufactured from contaminated imported ingredients, thimerosol in vaccines, regulating tobacco products. Serious episodes with the potential for serious harm.

One incident in my experience, however, stands out as embodying the FDA at work: the agency’s response to reports of illnesses that were traced to unpasteurized apple juice contaminated with bacteria. It was the evening of Wednesday, October 30th, 1996. The Commissioner convened a conference call at 8 p.m., with FDA officials and experts from headquarters and the field. We later added representatives from CDC, as well as Seattle-King County, Washington, Department of Public Health, who had led the initial investigation. Later we brought the company onto the call. As many as 40 people participated at some point, as we debated what to do, with trick-or-treating to begin in a matter of hours. And, once we achieved consensus on how to move forward, around 1:30 the next morning I drafted a news release announcing a recall of the company’s juices. The Commissioner cleared it, and I faxed it to the Associated Press at 3:30 a.m.

At that time, in the early days of the internet and before the advent of the 24-hour news cycle, I think my follow-up call woke the overnight editor at the AP’s Washington bureau. But we got the word out, and alerted the public to this dangerous product in time for the morning news and shows.

That episode epitomizes the FDA at its best – being at the ready, with expertise and dedication to protect the public and advance the public health. That’s the Agency; that’s what the FDA does.

And the Food and Drug Alumni Association, our Association, exists as a means for both retired and current FDA employees to come together, share expertise, and support the proud agency that contributes so much to the well being of people in the U.S. and beyond.

It has been a privilege for me, as Chair of FDAAA’s Communications Committee and member of the FDAAA Board of Directors, to help us stay connected during the Covid pandemic.