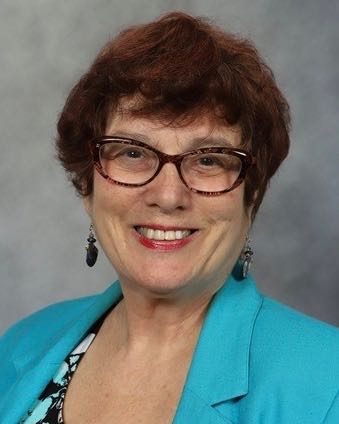 I have been involved with the FDA Alumni Association almost since its inception in 2003 as an associate member. Kindly allow me to begin at the beginning of my government career. Way back when, the Civil Service Entrance exams/Proficiency exams were given at the local school system to those who had secretarial skills. Upon successfully passing those exams, I was recruited by the United States Attorney at Foley Square, NY. I was only there a few months after graduation, when my mother told me about a vacancy in the FDA Brooklyn office, which was a shorter commute. I worked in the Brooklyn office for several years learning different skills including data processing, programming, Telex, and other skills not widely used today. But, the one thing I did learn was how to network with many areas within the FDA as well as state and local governments.

After a hiatus for many years (working in a real estate management office, where I picked up other meaningful skills), I returned to the FDA lab, working with Ted Hopes, who allowed me to learn all aspects of the Chemistry Lab and Microbiology Lab. Further, I continued to hone my networking skills as I would interact with the different field offices as well as in HQ. In 1985, I had the opportunity to move to HQ and work for the deputy director of the Office of Regional Operations for a few years.

Once again, due to yet another hiatus (maternity leave) I returned in a lateral position to the Division of Field Science (DFS) where my lab experiences helped me immensely in the myriad of new tasks. After a stint in DFS, the Import Operations Branch (IOB) was seeking a new member, and since I had already been assisting them with their data processing needs on occasion (see how my previous skills came into play), I was hired.

Not long after beginning in IOB, FDA entered into a Collective Bargaining Agreement with the National Treasury Employees Union (NTEU), and I became one of the first stewards. As I was prevented from joining the American Federation of Government Employees (AFGE) when I was in NY because I was not in the bargaining unit, I felt I needed to step up and become engaged in this worthwhile endeavor. I found it fascinating as I navigated many aspects of that role.

One of my most enjoyable roles was to participate in the standing up of the Office of Shared Services. I’ve made life long friends with so many FDA managers from that experience. The one experience that was extremely challenging was the A76 process for the entire FDA support staff. If you don’t know what the A76 process is, please feel free to contact me personally. More than happy to discuss it. This was extremely rewarding as FDA and the Union were able to prevent the A76 process proceeding for those in a support role.

I was still an NTEU rep in ORA when I was asked by my dear friend Glo Dunnavan to work for her in CVM. She certainly took a chance with me as I had not worked with CVM products when I worked in the ORA imports office. I jumped in with eyes wide open and eventually spent my final years at CVM and retiring as the lead trainer for Good Clinical Practices on the ORA Training Cadre.

Upon retirement, I joined the FDA Alumni Association as a full alumna, even though I had been a member all along. I immediately ran for a director’s position in 2016 and then for the Vice Chair. I also enjoy writing the Newsletter alongside Barbara Cassens. There is something for everyone here at the FDA Alumni Association. Please join in our events; send us photos from your “younger days” at FDA; photos from events in your Centers/Offices/ORA Field., etc. Please get involved.