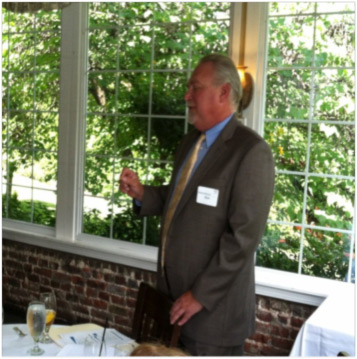 Nearly 30 FDAAA members had the pleasure of meeting Richard Rich Moscicki at the September 14 FDAAA Luncheon.

Dr. Moscicki is CDERs Deputy Center Director for Science Operations. As a long-term leader in the pharmaceutical industry, Dr. Moscicki was able to provide a unique perspective on current activities in CDER by adding a flavor of his personal experience in adjusting from private industry to a public service leadership position.

Dr. Moscicki joined FDA in February 2013 after a long career with Genzyme Corporation which culminated with his position as senior vice president and head of clinical development at Genzyme. Now, as a deputy Center Director in CDER, an organization of over 4,000 employees, Dr. Moscicki shares in the executive direction of the Center as well as leadership in overseeing CDERs many programs. 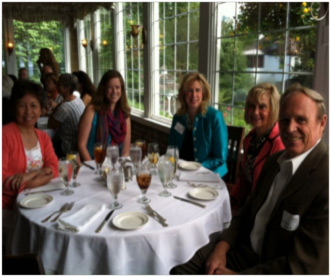 The primary focus of Dr. Moscickis remarks to the group was a general characterization of the current priorities for CDER. At the outset, he acknowledged that, as former FDA employees, he knew his audience was well aware of the phenomenon of shifting priorities at the Agency. With pressure on the Agency from all directions…the Administration, Congress, the courts, industry, patient and consumer groups…a priority is a priority until something of higher priority shows up!

Against that backdrop, Dr. Moscicki shared his insight and highlighted many of the current priority issues the Center is managing. At the top of the list is implementation of the Generic Drug User Fee Act requirements, including staffing up the Office of Generic Drugs (with a staggering 600 new hires!), establishing the organizational structure and processes for meeting the negotiated review timelines for generic drug applications, eliminating the backlog of abbreviated new drug applications, and building the information technology (IT) infrastructure needed to support the program.

Next on the list was the establishment of the Office of Pharmaceutical Quality in CDER. Significant energy and resources are being spent on strengthening the regulation of quality manufacturing, encouraging manufacturers to enhance their quality management systems and quality metrics, building an inspectorate in the field that will specialize in inspections of pharmaceutical manufacturing facilities, and getting CDER and the field (ORA) on the same IT systems.

And, as usual, new topics do get added to CDERs priorities. In addition to these major efforts, Dr. Moscicki recounted a remarkably extensive list of other significant policy and operational topics the Center is facing.

Dr. Moscicki was extremely generous with his time and fielded questions from the attendees, who were very interested in hearing his thoughts on various activities happening in CDER. This aspect of FDAAA events continues to be one of the most valuable for FDAAA members.